Getting caught in the slipstream of Rio’s hype was virtually unavoidable. The carpet bomb of advertising and media coverage detonated unrelentingly, even in the aftermath we feel the reverberations. The magic of human endeavour, the pageantry, the union of sport – it all made us proud to be human. Not even inner-city blood baths or mutated babies could sully the experience.

The post-mortem reveals what many have been feeling for a while: the Olympics has turned a corner. Interest has wavered. For all the promise of Rio’s carnival, what we actually got was a damp firework, spluttering intermittently. And the half-empty stadiums only told half the picture. A growing contingent of disillusioned sports fans around the world clocked out of Rio and went off-grid once the flame was lit.

The underlying problem: the cheating – the doping. It’s crept into the publics’ consciousness and switched the dials. The countless documentaries and exposés have made us privy to the fraudulent workings of the athletic overclass.  Scandals undulate throughout the spectrum, from individuals to state-sponsored doping. The dethroning of high profile drug cheats has resonated through the sporting world, and now effects the cogs that make it turn: the audience, without whom, everything dries up: accolades, sponsorship and ultimately the advertising revenue. A landslide is in motion, and Rio was the tipping point.

The armchair sports fan has morphed into an armchair cynic. Picking a winner now requires the intuition of a border security officer; a twitching nose, adept at detecting the doper. The yellow eyed Nigerian that’s just launched the javelin into the next suburb is seriously suspicious… the gorilla hipped, equine faced swimmer that looks like a Frankenstein off-cut is questionable… The juice has been flowing, and we’ve all got a hunch. That knee-jerk reaction to a superhuman performance is now one of disbelief: they’ve cheated. From the blue-ribbon sprints to medieval archery, everyone’s considered dirty until proven otherwise. 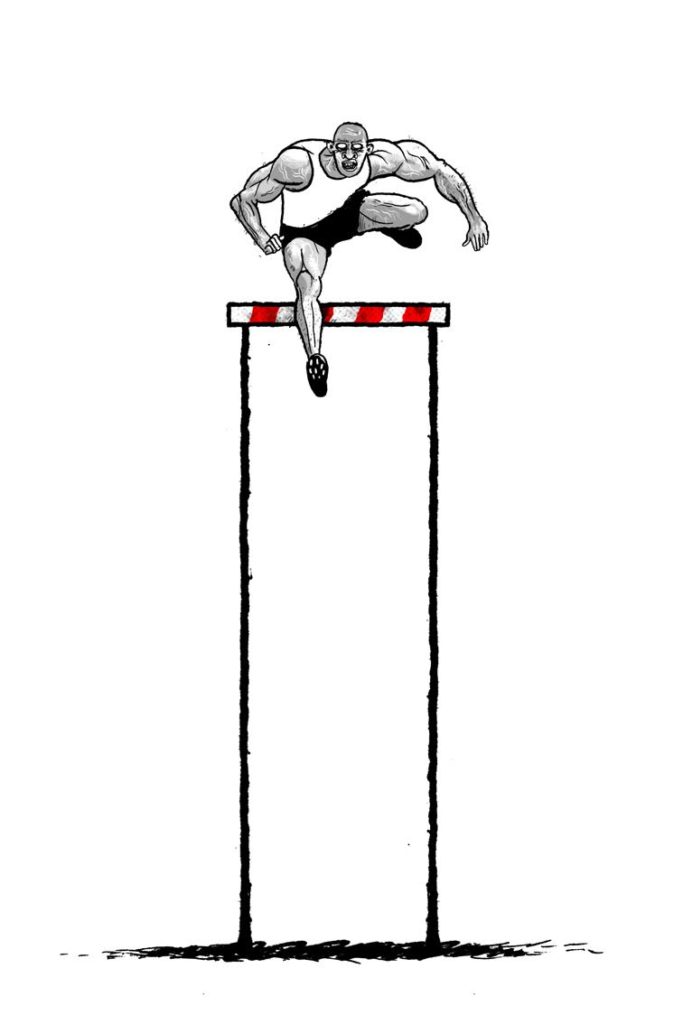 The fairytale Olympian story has been contaminated. That against-the-odds, never-say-die, Chariots Of Fire spirit has toxified into a snuff movie of subterfuge and suspicion. Which perhaps explains the shifting interest towards the Para-Olympics, where athletes wear their backstories so explicitly and proudly. The narrative is much clearer here; the triumph over their disability runs equal to their competitive achievements.

But let’s put aside the cheating aspect, which is a preset of human nature, especially when you add money and fame into the equation. What’s chronically unfair is the fact that not all athletes have access to the latest performance-enhancing drugs. In many cases, it’s not an ethical decision to be clean, but purely a supply issue. If you don’t have access to sophisticated dealers, then you’re severely disadvantaged.

More money is being pumped into doping than anti-doping. Much like computer hackers being one step ahead of the cyber-police, elite dopers move quicker than authorities. The arms race evolves ahead of the whistleblowers, making the absurd and unpoliceable concept of compliance even more flawed.

The answer, as we all know, is the User-Friendly Olympics. A complete amnesty of doping rules would level the playing field more than ever. It seems paradox, but this transparency would restore the Olympic lifeblood and regain the fans’ faith. This no-holds-barred competition would guarantee superhuman performances and rewrite record books. And all for a few casualties.

Are the health implications of doping athletes more pressing than the publics’ disinterest? It’s their choice, and our entertainment – plus there are no medals for life expectancy. In fact, athletes would be doing everyone a favour if they tapped-out in middle age with a steroid induced heart attack. The world’s overcrowded, getting the numbers down is arguably more of a social contribution than jumping into a sandpit.  Combining the two would achieve both a sporting legacy and an environmentally conscious carbon footprint. That’s providing they haven’t consumed too much protein powder and charged the atmosphere with excessive amounts of methane.